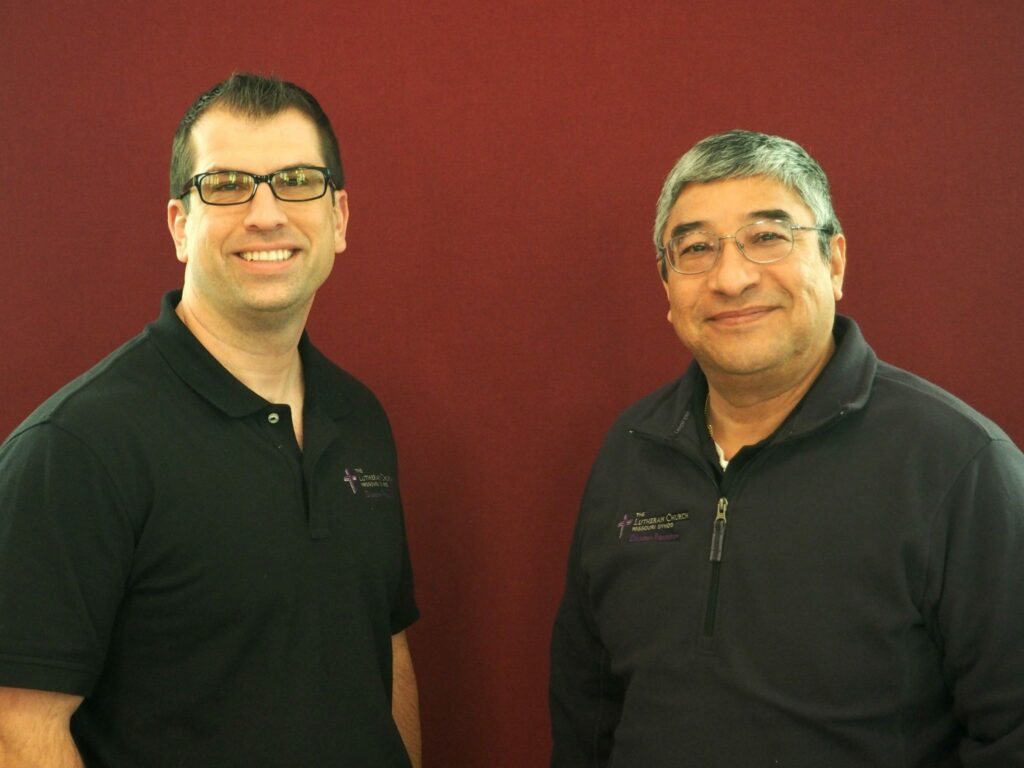 LCMS Disaster Response has been collaborating with LCMS partner churches throughout Latin America. Last year, we responded to disasters in Chile, Mexico and Peru.  I also had the opportunity to teach and lecture in The Dominican Republic, Peru and Chile. We are also currently working on joint projects for the Latin American pastors in partnership with the Lutheran Women’s Missionary League’s (LWML) grant dollars. Disaster Response is working together with the Latin American mission field to help create a mercy and disaster response training center in the Dominican Republic.

Over the last couple of years we have discovered two needs. The first need is for our materials to be translated into Spanish. Secondly, we have found a need to train our Spanish speaking churches in the United States and throughout Latin America so that they will have Lutheran Early Response Teams (LERT). We also want to do a better job of responding to disasters that strike Spanish speaking communities across the United States. To achieve these goals we have translated our materials into Spanish and we are contracting Rev. Ruben Dominguez on a part time basis to do LERT training events at Spanish speaking LCMS congregations across the United States. When a substantial disaster happens, where there is a Spanish speaking LCMS congregation, Rev. Dominguez will help us respond within that community. Rev. Ruben Dominguez has an exceptional amount of experience as a parish pastor and theological educator at Concordia Seminary’s Hispanic Institute of Theology.

Rev. Ruben Dominguez was born and raised in Monterrey, Mexico. Ruben attended Augsburg Lutheran Seminary in Mexico City from where he graduated in 1978.  He served in Northern Mexico until he received a call in 1987 from the Texas District to be a missionary-at-large for the growing Hispanic population in South Texas.  He served for 17 years as a full-time professor of Concordia Seminary’s Hispanic Institute of Theology.  He returned to full-time pastoral ministry in 2009.  He currently serves El Buen Pastor Lutheran Church of McAllen, Texas.  In 2011, he was contracted to assist the Synod’s office of Hispanic Ministry.  Since March 2016, he began his contract for LCMS Disaster Response.  His main duty is to assist in the preparedness of LCMS Spanish-speaking church workers and lay people for Disaster Response when occasions arise around their churches and communities.

Behind the Scenes with LCMS Disaster Response

Fill the Bucket – Clever Ways to Start a Disaster Fund

Thank you for more than a decade of volunteerism