We typically don’t view our nations colleges and universities as havens of virtue, but I have found that there is one virtue that nearly always reigns supreme at a given time in the academic square. The supreme virtue on college campuses across the nation during the boomer generation was that of “choice.” Well, we certainly see where our culture has been led under the banner of that linguistic flag. 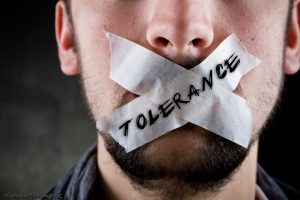 However, times are changing. Today choice has met its match in a new virtue that is quickly defining today’s youth culture and its place in the marketplace of ideas.

Tolerance. It is the supreme virtue preached on today’s college campuses. Of course, the doctrine of tolerance is often selectively applied in an unhelpful licentious fashion, but it is preached nonetheless. We are asked today to tolerate nearly everything it seems. Choice is great, after all, but not if one’s choices aren’t accepted and embraced, or so the thinking goes. So acceptance of alternative views (or lifestyles) must be demanded, or at least tolerated. 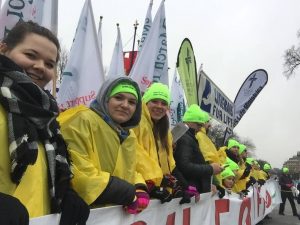 regarding issues such as so-called marriage “equality.” However, young people continue to grow increasingly resolute in their views surrounding something even more fundamental: LIFE. Yes, life!

Nearly all the polls over the last decade or so demonstrate that this generation of young people is increasingly pro-life. Simply put, today’s college students and young millennials are not their parents. This truly is the pro-life generation! So how did this happen? It’s really rather simple. They are putting into practice what has been preached to them. After all, what could possibly be more “intolerant” than not allowing a human life to come into the world. The conclusion of today’s youth in response to the doctrine of tolerance is that “all lives matter.” 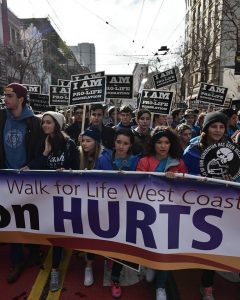 As a long time campus pastor I knew that young people had embraced this issue and I had researched the data that backed it up. However, it was incredibly encouraging to see so very many young people from all walks of life, and across denominational lines, go so far out of their way to stand for life, and champion its cause.

Of course, you don’t see many pictures on cable TV of young people standing up for life in record numbers1 While there are many reasons the mainstream media doesn’t want to cover the annual march for life, I’m convinced the biggest one is to keep the country from seeing that the largest segment of society standing for life are actually the youngest ones among us.

The church has a lot of treasure with which to support a culture of life. No greater treasure is her youth. Here are a few practical ideas to support and encourage them:

Today’s youth are eager to confess and serve. Please encourage the young people of the church to not only serve, but also give them a chance to lead. They will not only do it, but they will pick up the flag and do it well!