In a series of posts, Aaron J. Silletto, member of Concordia Lutheran Church in Louisville, Kentucky, and an attorney allied with the Alliance Defending Freedom, will address the upcoming Supreme Court ruling on same-sex marriage.

As Lutheran Christians who are citizens of two kingdoms, you may have questions about this case and how the Court’s decision could affect our country and our church. This article will first consider the biblical view of marriage as God intended it and the competing secular view of marriage that is finding currency in our civil courts. This article will then attempt to answer some of the most common questions you may have about this landmark Supreme Court case.

A biblical view of marriage 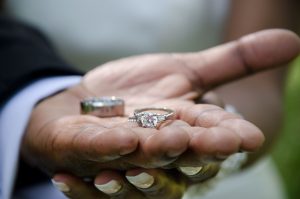 Lutherans believe, teach and confess that marriage as instituted by God is a lifelong union of one man and one woman (Gen. 2:24; Matt. 19:4–6). Marriage is to be honored by all and kept pure (Heb. 13:4; 1 Thess. 4:2–5). Children are the most obvious, natural gift of marriage, for God blessed the first married couple—and all married couples—by saying, “Be fruitful and multiply” (Gen. 1:28).

St. Paul describes marriage in beautiful terms in his letter to the Ephesians (Eph. 5:21–33). He describes marriage as a type of the relationship existing between Christ and His bride: “This mystery [of marriage] is profound, and I am saying that it refers to Christ and the church” (Eph. 5:32). On its own, the church can do nothing, but if the church abides in Christ and Christ in the church, it bears much fruit (John 15:5). So it is with marriage: Only a union of a man and a woman can be fruitful and multiply. Marriage thus understood also blesses children by giving them a father and a mother to nurture and care for them, making it “the optimal setting for the child” (See “An Affirmation of Marriage” by the Anglican Church in North America, Lutheran Church-Canada, North American Lutheran Church and The Lutheran Church-Missouri Synod, which is available at https://resources.lcms.org/2013/an-affirmation-of-marriage.). Thus, sexual complementarity is the foundation of the biblical view of marriage as God intended it.

Though solidly grounded in a scriptural understanding of God’s design, this “conjugal view” of marriage is not unique to Christian cultures. Nearly every culture has recognized this view of marriage—as late as 1990, not a single jurisdiction in the world recognized same-sex marriages—and it has been foundational to the ordering of civil society from time immemorial. This should come as no surprise, as St. Paul also tells us that God’s invisible attributes, including His views of what is ungodly or unrighteous, may be clearly seen as reflected in His creation (Rom. 1:18–20).

A postmodern view of marriage

Not surprisingly, the plaintiffs in the Obergefell cases who are challenging the bans on same-sex marriage take a very different view of the institution than either the states or the church. They agree with the states that marriage itself is a fundamental right under the U. S. Constitution, but they disagree as to the reason for governmental involvement in it and how best to define it.

Rather than the conjugal view, which is focused on sexual complementarity and procreation, the challengers view marriage as “a foundational means in our society of seeking personal fulfillment and acquiring community esteem.” In other words, as is typical of our time, the challengers’ vision of marriage is not a self-sacrificing institution designed to provide an optimal setting for raising children and structuring society, but is a self-centered institution used to secure society’s approval of intimate relationships.

The challengers further argue in their briefs that a ban on same-sex marriages “deprives same-sex couples of the dignity and common understanding that comes only with marriage as well as the substantial network of protections and reciprocal responsibilities afforded to married persons and their families.” So, they claim, they seek only access to a preexisting, fundamental institution now limited to heterosexual couples, rather than admitting that what they really seek is to redefine the nature and purpose of the institution.

Aaron Silletto (asilletto@goldbergsimpson.com) is a member of Concordia Lutheran Church in Louisville, Kentucky, and is an attorney allied with the Alliance Defending Freedom. In his next post, Mr. Silletto will address the question, “What does the Fourteenth Amendment have to say about marriage?”

The materials on this website are offered only for general informational and educational purposes. They are not offered as and do not constitute legal advice or legal opinions.