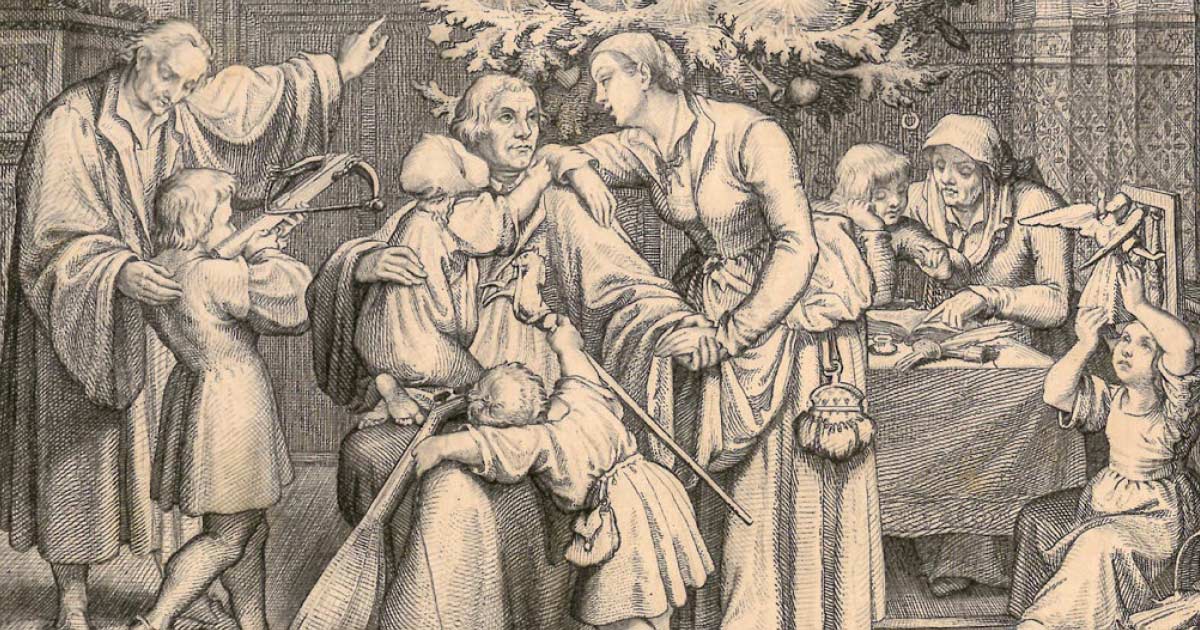 In 2010, the Lutheran Church-Missouri Synod in convention resolved as part of the 500th Reformation anniversary celebration to encourage “in-depth examination and study of the ecumenical creeds and Lutheran Confessions” (Resolution 3-02).

Six years later, the Synod similarly encouraged that the celebration include “regular, ongoing studies” of the Book of Concord (2013 Resolution 3-15).

And in 2016, Resolution 5-10 called for a Reformation remembrance that reaffirms “the centrality of the doctrine of justification for the life of the church and the salvation of individuals” through several measures:

The LCMS Commission on Theology and Church Relations released these Reformation-themed Bible studies:

“Justifying Christmas” is not about the questions that sometimes vex Christians during the Christmas season (such as “How can you justify spending so much money on gifts or taking kids to see Santa?”). Instead, it is about helping Christians see “how the Scriptures connected with the birth of Jesus proclaim the Good News of justification by grace through faith. … In other words … how Christmas justifies us.”

All About Jesus & Justification

“All About Jesus & Justification” is a four-week study that gives special attention to justification: “the doctrine on which the church stands or falls.”

Martin Luther and the Doctrine of Justification

“Unjustifiable Faiths” explores four commonly held beliefs that do not justify a person before God. Because each is an attempt to show that the person’s conduct is right or reasonable (and therefore should be acceptable to God), each is really an example of self-justification, and as such, falls short of what Scripture teaches.

He Is Our Righteousness

Does our Lord Jesus really teach justification by grace through faith? Where, and how? This Bible study examines the Parable of the Good Samaritan, which some have used to argue that Jesus did not teach justification by grace alone and through faith alone. Through the study’s four sessions, you’ll discover how this passage actually does teach this important truth, and it does so in a beautiful and memorable way.

The Doctrine of Justification