The church in America needs revitalizing. Large numbers of congregations are declining in members, attendance, financial resources, or impact – or all of the above! Across the nation, the realities of struggling churches confirm the ugly statistics about the state of the American church. We’re told from various researchers that fewer than 20% of Americans attend Christian worship services on a given Sunday; over 4,000 churches will close this year; of the 1,000 or so new churches that are started this year, half or more will close in the first three years; and, more than 80% of existing churches are stagnant or in decline. It’s not a pretty picture. But it’s also nothing new.

In his commentary on Isaiah 49:19, Martin Luther spoke of the struggles of the church in this world: In appearance the Christian church is like a devastated and ruined city; as the saying goes, Christians are sparsely sown, so the church is like a ghost town. This city is inhabited by few citizens and is deserted, so that one citizen lives where 300 ought to be … So the church looks uninhabited and forsaken, and yet it will be enlarged by a large number of Christians, becoming increasingly larger in succeeding generations. Therefore we must abide in the Word (Luther’s Works; 17:186). 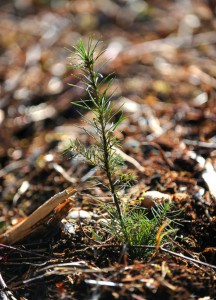 Luther reminds us that the church has a long history of appearing to be on the brink of destruction and being, in the eyes of the world, like a “ghost town.” Long before the Barna Group, Pew Research, Thom Rainer, Lifeway, and others compiled data and crunched numbers, the church on earth appeared to be “a devastated and ruined city.” Despite her many trials and tribulations, the church continues to defy her adversaries by surviving – and, at times, even prospering. We stand in a long procession of God’s people. Some of the generations that came before us enjoyed prosperity and growth while others struggled with decline. But we are here today because, whatever their lot, these preceding generations preserved the good confession of the Faith by abiding in the Word.

It is our lot as American Christians in the early years of the 21st century to experience a season of decline. But it is not a time of despair. Our time as the church in this world is a time for revitalization. We should embrace this calling with the hope and the expectation that, in and through our revitalizing work, the church will become “increasingly larger in succeeding generations.” But in order to be faithful in this calling, we must fight against our natural tendencies in revitalization.

Our natural tendency in revitalization is to focus on preserving the institution of the church. This shows itself in a congregation’s stubborn refusal to close its doors long after it has passed the point of viability. It shows all the more clearly when the surviving members are willing to exhaust the resources that could be used for a new ministry in order to prolong one that has effectively ended. But it also manifests itself more subtlety under the masks of growth and expansion. While insisting that they aren’t interested in doing so, those who embrace new and alien ideas about the church and her ministry to increase attendance, ministries, or the numbers of congregations are preserving the institution in their own way. Driven by the measures of worldly success, they stumble into the institution preservation that they desire to avoid. Whatever our motives or approaches, it is neither our place nor our work to preserve the church; we are called to preserve something else.

Remembering that the church is “holy believers and sheep who hear the voice of their Shepherd” (Smalcald Articles, III:XII) and that this same Shepherd calls His church a “little flock” to whom it is the Father’s good pleasure to give the Kingdom (Luke 12:32), we should realize that we cannot preserve the church by our efforts, even when those efforts are successfully preserving an institution. Instead, the church – especially the church in decline – is Christ’s “little flock” in which we “abide in the Word” under His protective care. Revitalizing the declining church is a call to preserve our confession rather than our institution. It is a call that we can answer with the confidence that, because of the confession that the Lord graciously preserves through us, He will preserve His church and she will become “become increasingly larger in succeeding generations.”

Something to think about: