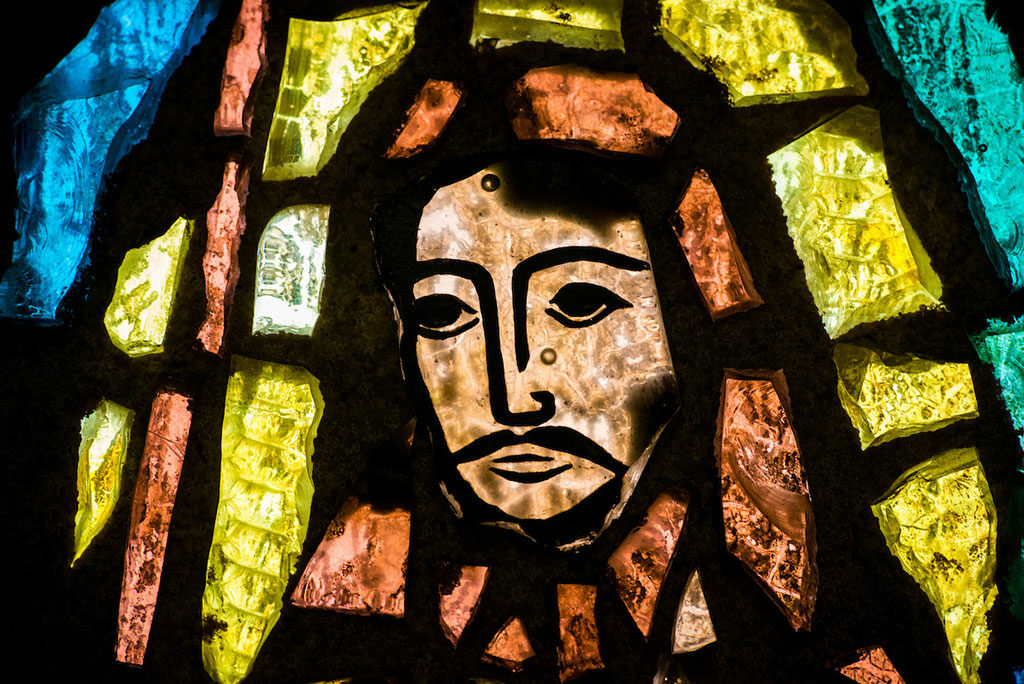 Note: Reverend John A. Fale, Executive Director of the LCMS Office of International Mission, preached this homily in the International Center Chapel August 5, 2016. We thought it was worthy of further publication, so we provide it here for your enjoyment. Herbert Mueller, LCMS First Vice President

“When He approached Jerusalem, He saw the city and wept over it,42 saying, “If you had known in this day, even you, the things which make for peace! But now they have been hidden from your eyes. 43 For the days will come upon you [when your enemies will throw up a barricade against you, and surround you and hem you in on every side, 44 and they will level you to the ground and your children within you, and they will not leave in you one stone upon another, because you did not recognize the time of your visitation.”

45 Jesus entered the temple and began to drive out those who were selling, 46 saying to them, “It is written, ‘And My house shall be a house of prayer,’ but you have made it a robbers’ den.”

47 And He was teaching daily in the temple; but the chief priests and the scribes and the leading men among the people were trying to destroy Him, 48 and they could not find anything that they might do, for all the people were hanging on to every word He said.”

The 16th – 17th century poet and pastor of the Church of England, John Donne, is perhaps best known throughout the literary and church communities for his Holy Sonnets and other poetry. Donne did not think that the Greek word to describe the love of God toward His creation was sufficiently captured in the word, agape, alone. He believed that another Greek word for love, eros, which is often used to describe romantic, courting, and passionate love, captures the type of intimate love that God has toward His creation.

It was this type of driven love that moved God to create humans in His own image and to have a very close, loving relationship with them in the Garden of Eden. This driven, possessive love is what also caused God to search out Adam and Eve in the Garden after they sinned against Him, with a promise to redeem them from the poisonous bite of Satan that led to their eternal and bodily death, as well as to all of Eve’s children throughout all generations.

Indeed, this hungry love of God for His bride is captured throughout the entire Old Testament, especially when His bride went on her never-ending adulterous escapades with false gods, immorality, and godless self-indulgence, and God repeatedly sent His prophets to call her back to Himself. Could God have been any clearer about His undying passionate love for His bride than in the Book of Hosea? Could God have been any more descriptive about His passionate love for His bride than is captured in the swooning, sweet poetry of the Song of Solomon?

Is it not interesting that God describes Himself as a jealous God? He does not want anyone else to have His cherished bride because He knows that anyone else but Him will hurt and kill her—eternally. God is like a crazed husband who stops at nothing to win back His bride, even when she is caught in the very act of drunken adultery and she laughs in His face. He will even do the unthinkable and take her place under the Law of God, which demanded that she die for her sins.

And so He does. It was this driven, lusting, passionate, crazy love that is captured in our text. John describes Jesus’ entry into Jerusalem as if He were a heart-broken, disappointed lover, weeping over His cherished, but adulterous bride. Try as He may, God chooses to win back His bride personally in the person of Jesus, and His bride not only will not listen to Him, she rejects Him. Eyes blinded by adulterous love, His bride is looking only for a man—a real man—who will give to her, her heart’s desire. What she doesn’t know is that this false lover will kill her. Oh, and her death will be a cruel one. The one whom she thought would be her deliverer will ultimately ravage her and destroy her, only to mock her and laugh at her.

To make His point, this driven Lover, Jesus, cleans house, one more time in this Holy Week, through cleansing the temple of those who desecrated God’s house by making it a den a thieves. One more time Jesus tries to lure His sweet bride through teaching her about His passionate love for her because He desires all to be saved. Oh, how He would have loved to gather her into His bosom! But she would not. So finally, this patient, sacrificial Lover gives of His own life as a substitute for His adulterous bride so she won’t have to die. He takes her place under the Law of God and receives the ultimate divorce through abandonment from God in her place. The Faithful One gives His life for the unfaithful. This is tragic, but it is a tragedy that is Good News for us.

Oh dear people, this passionate love is the love that God has for you. His love for you is a possessive, passionate, driven love. That is why He claimed you as His own in Baptism. That is why He calls out to you with tender, sweet words of love in His Gospel. He embraces you with His Sacraments, receiving you in your sin, and cleansing you with His kiss of peace through the forgiveness of sins. This Lover will search you out when you go out on your spiritual escapades however many times it takes. He will do whatever it takes to bring you to your senses in your times of drunken adultery, speaking harshly through His Law, even chastening you with hardships and trials—only because He desires to give you life—a life that you may not always recognize. Rest assured, no matter what, He will always love you.