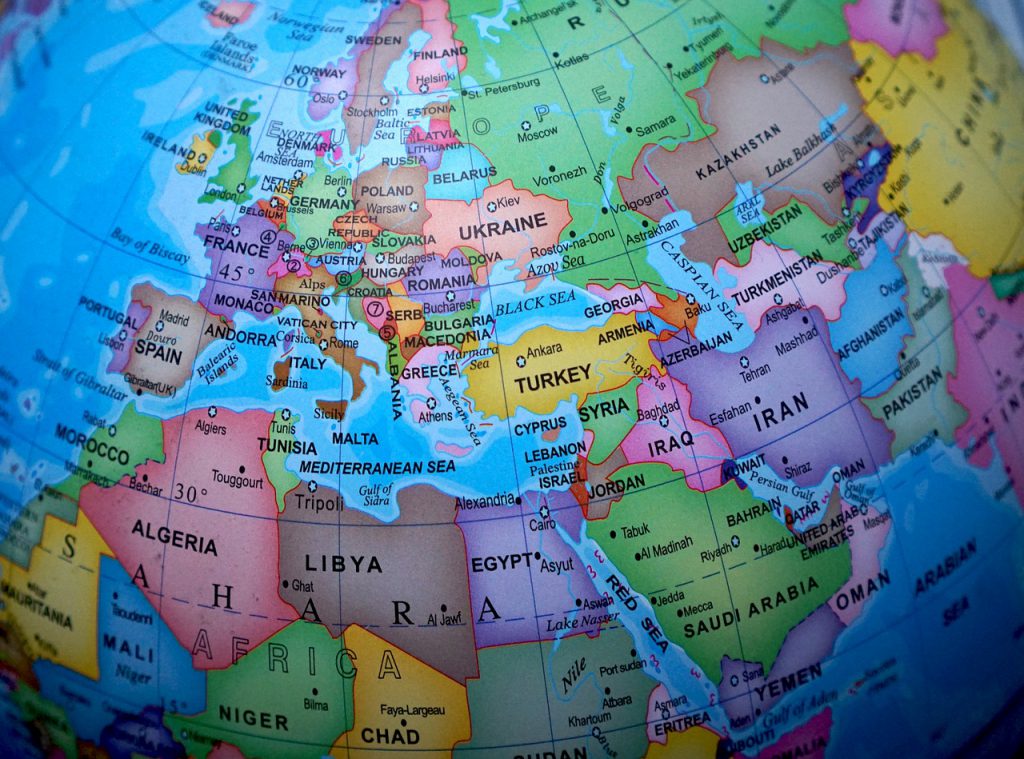 If you are a user of Facebook, Twitter, or any other social media platform, you’ve probably seen or used the hash tag #FirstWorldProblems.  The hash tag exploded in popularity in 2005, eventually being included in the Oxford Dictionary in 2012.

It’s a lighthearted way to poke fun at our culture’s obsession with ease and convenience.  An internet search for the phrase turns up memes like, “No internet in the subway” or “They moved my seat when they vacuumed my car.”  If you are a fan of performer “Weird” Al Yankovic, you might appreciate his parody of the same name.  In it, he complains about, among other things, buying too many groceries to fit in his refrigerator, not being able to fast forward past commercials when watching live TV, and the low thread count of his sheets.

It’s based on the assumption that the world’s nations can be divided into three categories—first, second, and third.  It’s a common assumption; when I talk about my work with LCMS Mercy Medical Teams, I often hear it used to describe the countries in which we work.  However, I suspect that most people don’t know how the phrase came about, and why it’s not a very accurate way to describe the differences between nations.

Fairly modern in origin, the First, Second, and Third world analogy was first used by Alfred Sauvy in 1952.   Basically, during the Cold War, countries which were aligned with the United States and our Western European allies were considered the First World.  Communist countries—the Soviet Union, China, Cuba, and their allies–represented the Second World.  Everyone else was Third World.  Some of the Third World countries were fairly prosperous, like Ireland and Sweden, but because most of the countries in the Third World were poor, it became a synonym for impoverished nations.

It’s not very accurate. The Soviet Union doesn’t even exist any longer, and China is the largest trading partner of the United States.  Beyond that, the terms seem to insinuate a ranking—First World countries are somehow better than Second World nations, which are both superior to those countries considered to be Third World.

Currently, most people prefer the terms Developed Country, Developing Country (or Less Developed Country), and Least Developed Country.  It’s what the Associated Press style guide recommends.  It’s how I refer to other countries in my mission work.  It’s based on measurable outcomes like the Human Development Index and Gross Domestic Product per capita for the country, rather than outdated political partnerships.

However, not everyone is happy with these classifications, either.  Detractors point out that virtually all countries are developing in some capacity, and that most countries have both developed and undeveloped regions.  Additionally, since 2008 the so-called Developing Countries have contributed almost all world economic growth.

So what’s the solution?  I like what one article recommends:

It seems the most sensible course is, whenever possible, to discard blanket terms and metaphors, and compare countries using specified metrics. Contrast low-income against high-income, democracy against authoritarian regimes, and so on. This has the advantage of being both precise and transparent about the value judgments at play when sizing up a country. Middle-income democracy doesn’t exactly roll off the tongue or elicit self-assurance the way that First World does, but that’s probably a good thing.

Most importantly, we should remember that all nations, developed or not, belong in God’s world, created by Him and ruled by His hand.  As Malachi writes, “Do we not all have one father?  Has not one God created us?” (2:10).  God calls us to bring mercy to all of His children, near or far, in developed, developing, and least developed places.  One of my favorite Bible verses is Revelation 7:9-10, which beautifully reminds us of the promise of unity in Christ:

“After this I looked, and behold, a great multitude that no one could number, from every nation, from all tribes and peoples and languages, standing before the throne and before the Lamb, clothed in white robes, with palm branches in their hands, and crying out with a loud voice,“Salvation belongs to our God who sits on the throne, and to the Lamb!”